Why are celebrities so reluctant to call themselves feminists? 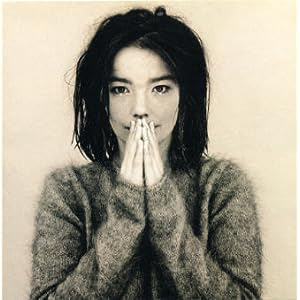 I was digging through some old magazines the other day, and I found this exchange between Bjork and Bust magazine that fully illustrates why a lot of famous women are reluctant to call themselves feminists. I don’t mean single her out, but it’s really disappointing that someone as smart and creative as Bjork doesn’t seem to have clue what feminism really is. (Granted, it’s a six-year-old interview. I have no idea if her position has changed since then.)


Bust: Do you consider yourself a feminist?

Bust: So you feel the term “feminism” is equated with complaining?

Bjork: A lot, yes. You could probably call my mother a feminist, and I watched her isolate herself all her life from men, and therefore from society.

Bust: You believe she isolated herself from men because of feminism?

Bjork: Obviously, I can’t take her as an example of all feminists, but I find for my generation, it’s important to do things instead of just complaining that things are not right. It’s important to collaborate with both males and females and to be positive.

Unfortunately, this is often the norm when asked "are you a feminist?" I’d welcome someone saying, “I’m not a feminist because feminism has done a really bad job of addressing the needs of all women,” but it always seems to come back to, “I’m not a feminist because it’s unfair to the men.” I can kind of understand if your courting a mainstream audience, you (most likely under your management's suggestion) don't want to say anything too "radical," and let's face it: feminism is still seen as a radical, scary thing to a lot of people. However, Bust would pose this question to nearly all of its cover models each month, and the answer was usually "no" with some faulty explanation/rationalization why they don't consider themselves feminists.

So convince me otherwise. I know Lady Gaga tentatively declared herself a feminist after initially rolling out the "I'm not a feminist, I love men" (as if the two are mutually exclusive -- ladies, you can love feminism and me. It's allowed!) line, but are there any really mainstream, influential celebrities out there not afraid of the F-word?
Posted by KP at 8:54 AM

Email ThisBlogThis!Share to TwitterShare to FacebookShare to Pinterest
Labels: feminism